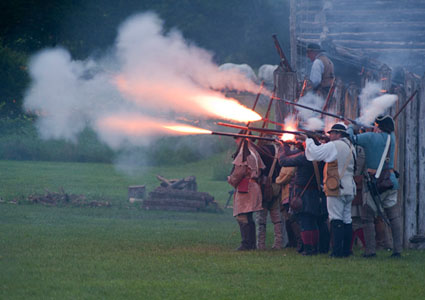 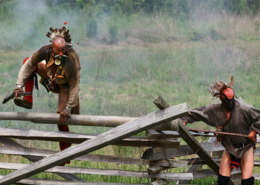 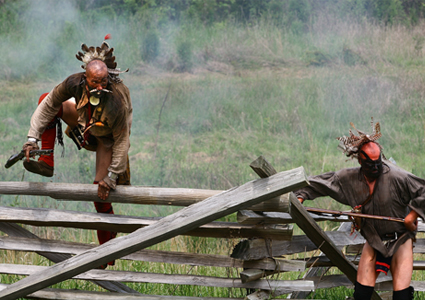 By May of 1775, men, women, and children were heading west, deep into the harsh wilderness. They follow a trace that leads them to a life of freedom. However, that freedom is often overshadowed by hardships, the likes of which many have never known. The further onto the western fringe they travel, the more important community becomes. Journey to Joseph Martin’s station, Virginia’s final point of rest and resupply, and walk amongst merchants and tradesmen. Meet those individuals who traveled the trace and the indigenous peoples they encountered along their journey. Come and immerse yourself in Virginia: America’s First Frontier.

Virginia: America’s First Frontier, a multi-day, ongoing living history event, allows you to experience the western frontier like never before. Witness Joseph Martin’s station, and adjoining Native American town, come to life with hundreds of the nation’s best living historians. Shop amongst period blanket traders, vendors, and merchants. Enjoy a multitude of lectures and seminars on a variety of 18th century topics delivered by world-renowned historians.

By May of 1775, men, women, and children head west, deep into the harsh wilderness. The trace that leads them to a life of freedom is often overshadowed by hardships, the likes of which many have never known. The further into the fringe they travel, the more important the community they form becomes. Journey to Joseph Martin’s Station, the frontier’s final point of rest and resupply, and walk amongst merchants and tradesmen. Meet the individuals who traveled the Wilderness Road and the indigenous peoples they encountered. Come and immerse yourself in Virginia: America’s First Frontier.

Admission $10.00 per vehicle Friday and Saturday 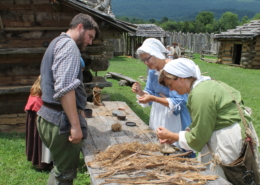 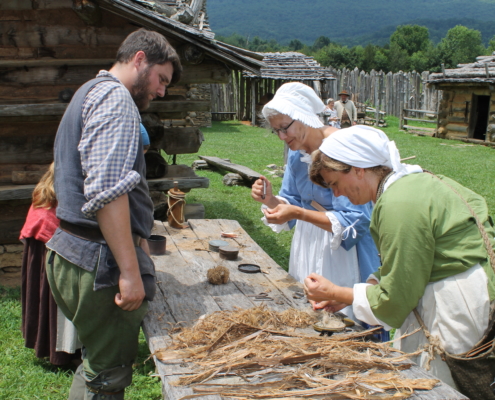 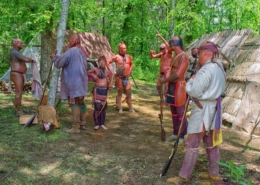 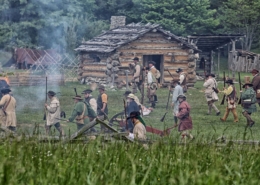 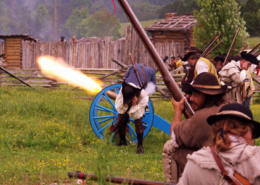 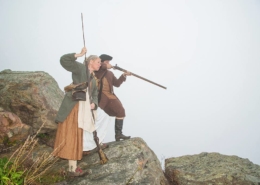 “…a small, strong cabin of Captain Martin’s, being a little detached from the rest, and locked, having a table and some other things in it, I climbed up to the top of the chimney, and flung it down until it was so low that I could drop into the house without hurting myself, not being able to support myself with my feet against the logs, and cut the lock of the door loose. By this time my friend had got his hog-he being best able to walk – filled a keg with water, and collecting some wood, getting in some corn, we barred (the) door, knocked out some port-holes, set the table in the middle of the floor, and spread our arms and ammunition in order, and waited…” – George Rogers Clark, 1776

Enjoy Photos of Past Events, and we look forward to seeing you this year on the second weekend in May! *

*Provided our schedule is no longer impacted by COVID-19 at that time. Please contact the park directly for updates on the current COVID-19 response at (276) 445-3065.